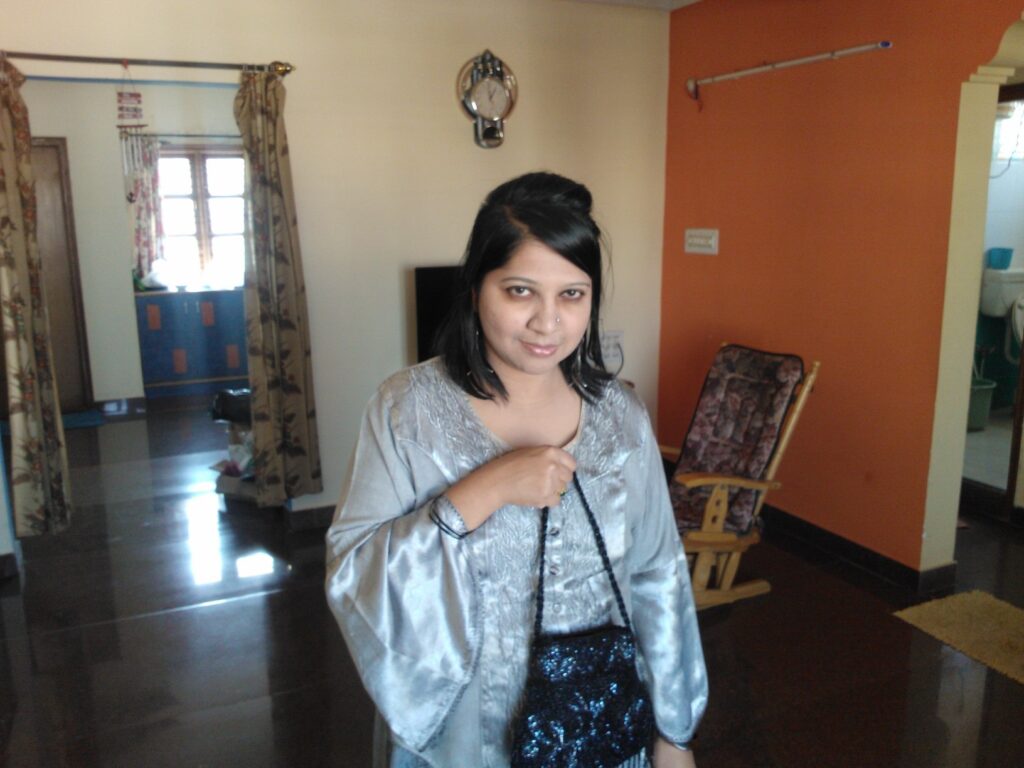 LAVANYA SESHASAYEE is the founder of the Global Women’s Recovery Movement [GWRM] formerly known as the Indian Women’s Recovery Movement which has existed since 2010 to re-conceptualize and change the conversation around mental health issues with a special feminist focus. She is INDIA’S FIRST RECOVERY SPECIALIST WHO’S USED SEVERAL INNOVATIONS to tackle problems in mental health.

She has been a BBC Radio Interviewee and was the only funded scholar from India and one among only 9 scholars in the world to participate in the Global Mental Health Summit conducted by the Movement for Global Mental Health in 2009 September in capacity of a Travel Fellowship Holder.

She has been a Women’s Mental Health Specialist, Controversial Literary Writer, Creative Thinker, Activist, Self-Advocate, Fulbright Finalist while doing PhD, Bapu Trust Fellow, Banyan Academy for Leadership in Mental Health [BALM] Fellow having immense experience for over a decade in the Mental Health Field. She dons several hats. She is several things rolled into one.

The CONTROVERSIAL LITERARY CREATIVE BOOK SHE AUTHORED PERTAINING TO MENTAL HEALTH and which is COMING SOON is titled ‘AGAINST ALL ODDS’. It is via her life story that she explores the current psychiatric, psychological, feminist, sociological, cultural, political, legal, spiritual, religious, user-survivor, self-advocacy, spiritual and literary aspects of mental health in India and across the globe.

As a PhD holder she has presented her research papers in innumerable conferences and seminars across the globe.

She has had experience from a variety of sectors, both medical and non-medical, in mental health, such as Self Advocacy, Psychiatry, Feminist Psychotherapy, the Recovery Movement, the user-survivor movement, peer support, hypnotherapy, legal mental health and has had training with a literary-legal focus in mental health from THE NATIONAL UNIVERSITY OF IRELAND GALWAY.

Her work has been applauded by several national and international organizations.

After having been a User survivor holding and completing a Research Fellowship at The Bapu Trust she was a Research Fellow at the BALM [Banyan Academy for Leadership in Mental Health] Chennai, in which capacity she worked as a doctor in the Bangalore Beggar’s Colony under the guidance and mentorship of a very well-known and renowned Psychiatrist who was formerly from NIMHANS named Dr. Kishore Kumar Kengeri Venkatesh [currently he is CEO of The Banyan]. She was a former volunteer for Basic Needs in Bangalore. Dr. Lavanya has also attended several cross-disability seminars, conferences pertaining to mental health and training workshops pertaining to the UNCRPD. For instance, Dr. Lavanya Seshasayee has travelled widely and presented research papers on Mental Health in National and International conferences including those at the Kings College London as also INTAR [International Network Towards Alternatives and Recovery], Liverpool, SUICIDE PREVENTION-AUSTRALIA AND NATIONAL UNIVERSITY OF IRELAND – GALWAY. She has since been a rather Active Critic of the Movement for Global Mental Health. She has contributed and continues to contribute her critical views to the mental health law drafting process in India as part of discussions at various workshops.

She has been a strong Advocate of the Recovery Movement in India. She is a resource person for The Bapu Trust AND The Banyan Academy for Leadership in Mental Health [BALM]. She is a peer counsellor. She joined GASS [Grameena Abyudaya Seva Samsthe – a well-known NGO in Doddaballapura] as Program Manager in the mid of August 2014 wherein she was involved in several activities.  She was engaged in fundraising via  writing proposals pertaining to disability, attending as also helping organize workshops and training sessions on disability and documenting them, counselling women who came for help with problems, writing reports, corresponding with various other DPOs [Disabled Persons Organizations] to promote cross-disability alliances, capacity building, giving talks regarding disability with a special focus on mental health to community health workers, attending and documenting UNCRPD [UNITED NATIONS CONVENTION FOR THE RIGHTS OF PERSONS WITH DISABILITIES] –training workshops in the grassroots context that benefitted the DPOs from rural areas and getting engaged in fieldwork to document the real life stories of people with mental health problems for organizations like BASIC NEEDS [in the context of an employee of GASS].

She is now running her own movement called The Global Women’s Recovery Movement [GWRM] which was formerly known as The Indian Women’s Recovery Movement to offer support to women suffering from mental health issues and inspire them with her own story of recovery. She was prominently involved in the VOICES PROJECT [UNCRPD based] launched by The National University of Ireland Galway at its Centre for Disability Law and Policy [CDLP] and funded by the European Union wherein she authored a creative literary and legal piece based on her life experiences along with Maths Jesperson who pioneered the world famous rights based service called the PO-Skane [Personal Ombudsman] in Sweden very successfully accessed by more than 6000 psychosocially challenged people in Sweden alone. She is espousing the cause of Full Legal Capacity for people with psychosocial and other disabilities.

Her podcast series is titled ‘EXPLORING RECOVERY WITH DR LAVANYA SESHASAYEE’ and has attracted thousands of listeners in India and from across the globe. 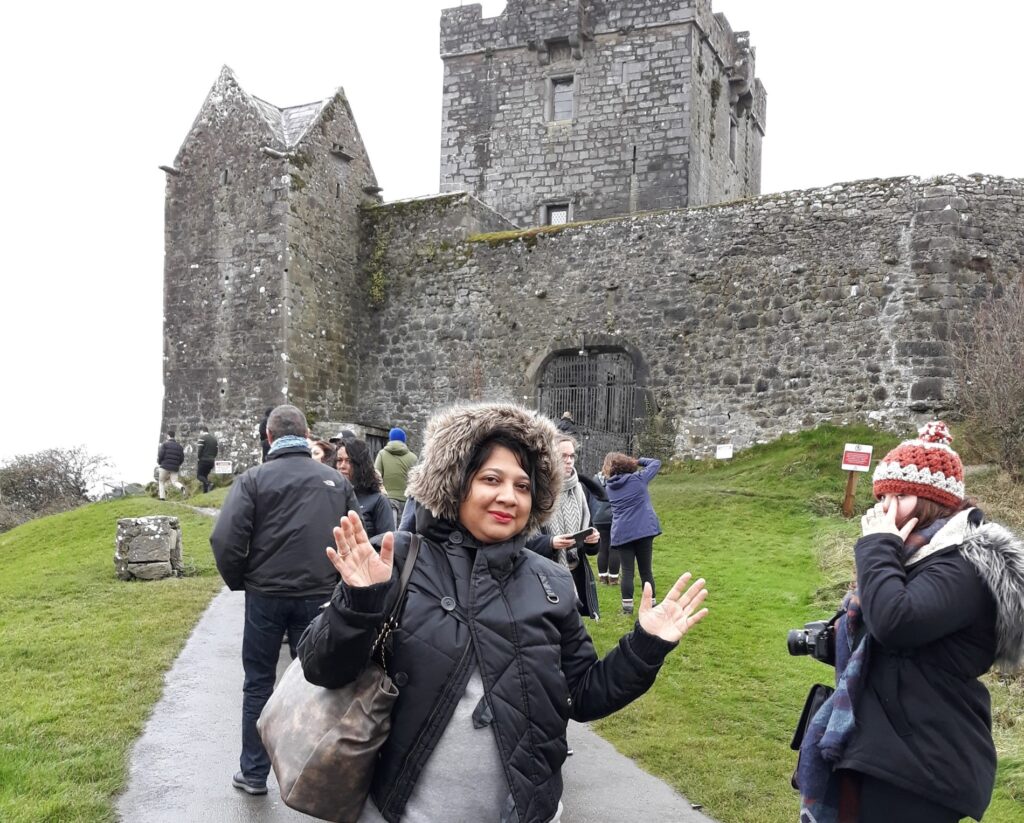 Trekking, Swimming, Music, Table Tennis, Interior Decoration, Yoga, Cooking and Traveling as also gardening. She hopes to have a bottle garden some day!

DR. LAVANYA SESHASAYEE also does a whole lot of fun-things!! Her Hobbies and Interests 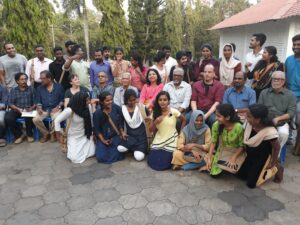 Teaching children and teenagers to enhance their creativity. 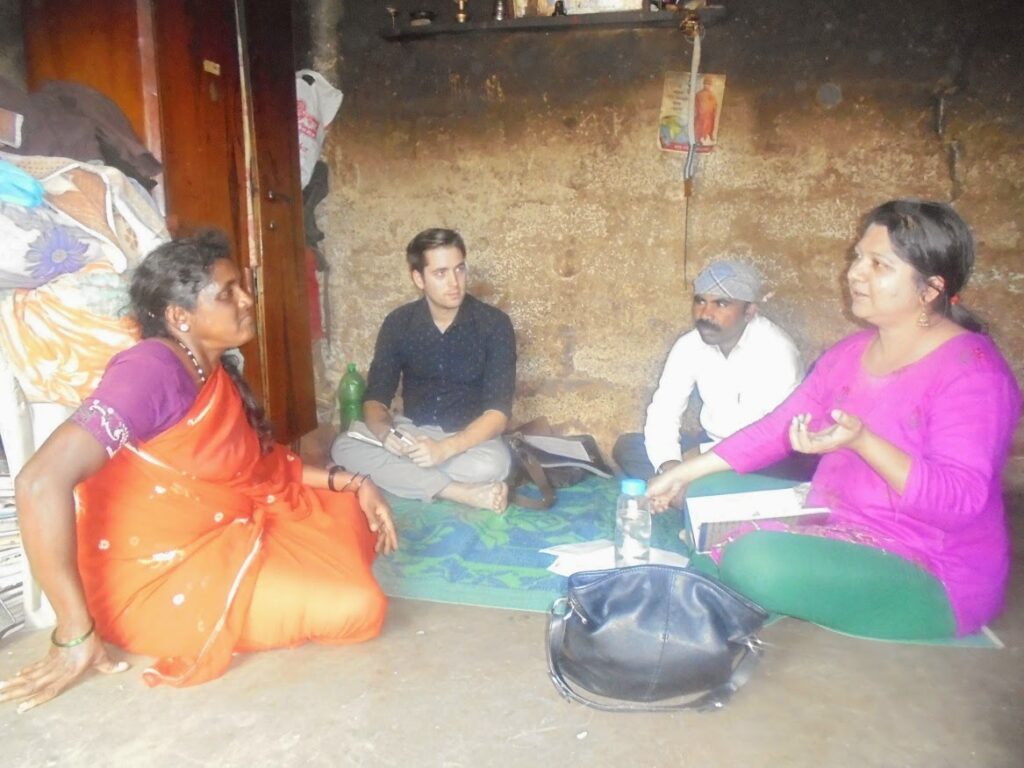 Feminist self-advocacy [FSA] or Women’s Self-Empowerment and Advocacy [WSEA] is the support system Dr. Lavanya Seshasayee invented to help women from all strata of society deal with and overcome Schizophrenia/other mental health issues via Social and Economic Empowerment.

Dr Lavanya Seshasayee is also a family person. She is a very devoted wife, daughter-in-law and daughter and is wedded into an amazingly supportive joint family. Thus, she shows that women can be feminist and still perform all these roles very well. Being feminist need not mean exclusion of these above–mentioned roles. She shows via her bonding with her sisters-in-law and co-sisters that sisterhood is and can be very powerful indeed!!!

Being anti-establishment can actually be converted into an asset to help women flower to their best potential.

TURNING THE WORLD UPSIDE DOWN 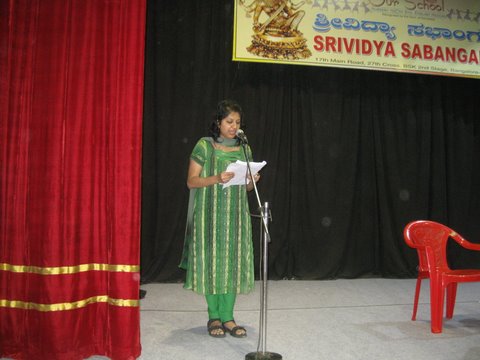 In capacity of a speaker Dr Lavanya Seshasayee deconstructs popular cultural and societal notions of madness with passion, wit, and bravery.

She is not afraid of challenging normative myths pertaining to what madness really is and how it can be overcome completely and has literally attended several conferences where she has had audiences bursting into tears of ecstasy and joy and sadness and leaving them totally inspired to say the least. She advocates choice with regard to mental health – people may or may not take psychiatric medications for their mental health condition depending on whatever works best for them but for those who want to take psychiatric medications, she gives very special insights into how to overcome Schizophrenia by combining psychiatric approaches with non-psychiatric-user-survivor approaches and alternatives in mental health. And for those who don’t benefit from Psychiatric approaches at all, she advocates a series of alternative approaches to mental wellness.

Why and how is Dr. Lavanya Seshasayee India’s first Recovery Specialist? 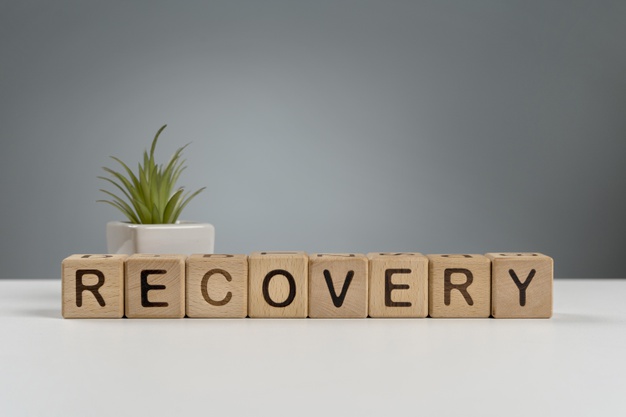 Dr. Lavanya Seshasayee understands that there are different shades and degrees to mental ‘illness’ and that there cannot be a one-size-fits-all approach to dealing with mental health issues. She has experimented on both psychiatric and non-psychiatric approaches to mental health and knows the perfect recipes for what works in what situation and what doesn’t and with whom and how to combine psychiatric and non-psychiatric approaches to achieving recovery from Chronic Schizophrenia which she once suffered from and overcame and emerged as a PhD holder in Mental Health – like a butterfly out of the cocoon after which there has been no looking back!!! Also, the insights and experiential expertise she bring into your journey of recovery are pretty unique!! Your recovery and healing are being facilitated and being done in a way that practically nobody else in India has done!!!

Also according to DR. LAVANYA SESHASAYEE, THE FOLLOWING IS WHAT RECOVERY FROM MENTAL HEALTH ISSUES MEANS:

Recovery is a journey. It is not just about popping psychiatric pills into your mouth. Pill popping or no pill popping is simply the client’s choice based on what their past experience with psychiatry tells them. It depends on whether the client is helped by pills are not.

But irrespective of whether or not you pop psychiatric pills into your system there is hope!!!

Recovery is all about valuing yourself and discovering and recognizing who you really are and what you were born to do.

Recovery is about discovering the power that is hidden deep within you!

Recovery is about truly honoring your body for the temple it is and nourishing it with the right food. Recovery is about understanding how important nutrition is to catalyze the process of healing.

Recovery is about building physical and mental resilience through regular physical, emotional and spiritual exercise!!!

It is about understanding that you are your best judge when it comes to pulling yourself out of mental health issues irrespective of what others tell you and irrespective of any psychiatric negativity you may have experienced.

It is not about the prognosis your psychiatrist makes about you, for the psychiatrist doesn’t know more about you than you know about yourself.

It is about you taking control of yourself and your life although you may or may not swallow psychiatric pills depending on whether they are helping you or not!!!

You can heal yourself!! Understand that you are the most powerful being on this planet when it comes to directing your life.

You can consult with others but the ultimate decision about what you want to do should be your own.

Love yourself, understand yourself and heal yourself and tap into the incredible and extraordinary being you truly are!!!

Come AND BE PART OF the GWRM [GLOBAL WOMEN’S RECOVERY MOVEMENT] and experience all of these for yourself!!! 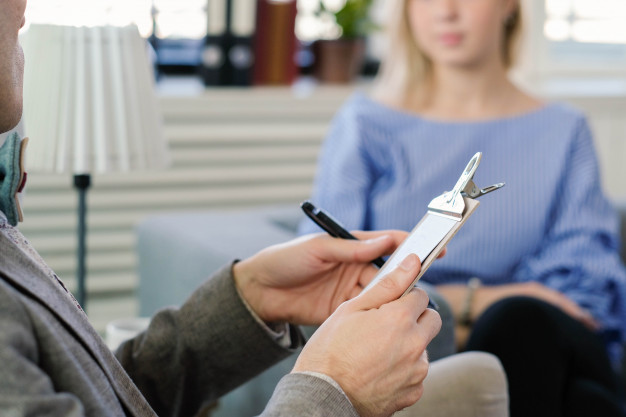 GET DR. LAVANYA SESHASAYEE TO WRITE FOR YOUR ORGANIZATION!!

SOME OF THE INTERVIEWS: DR. LAVANYA SESHASAYEE IN THE NEWS 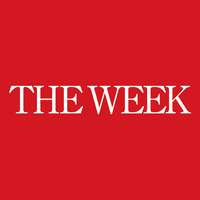 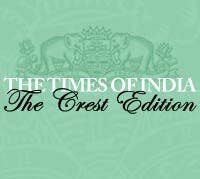 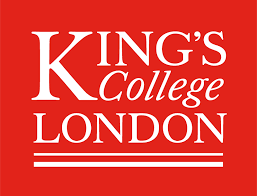 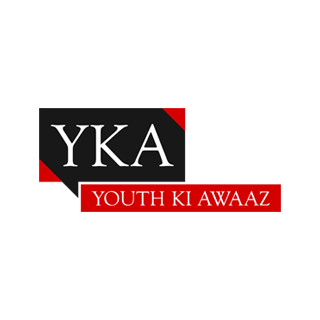 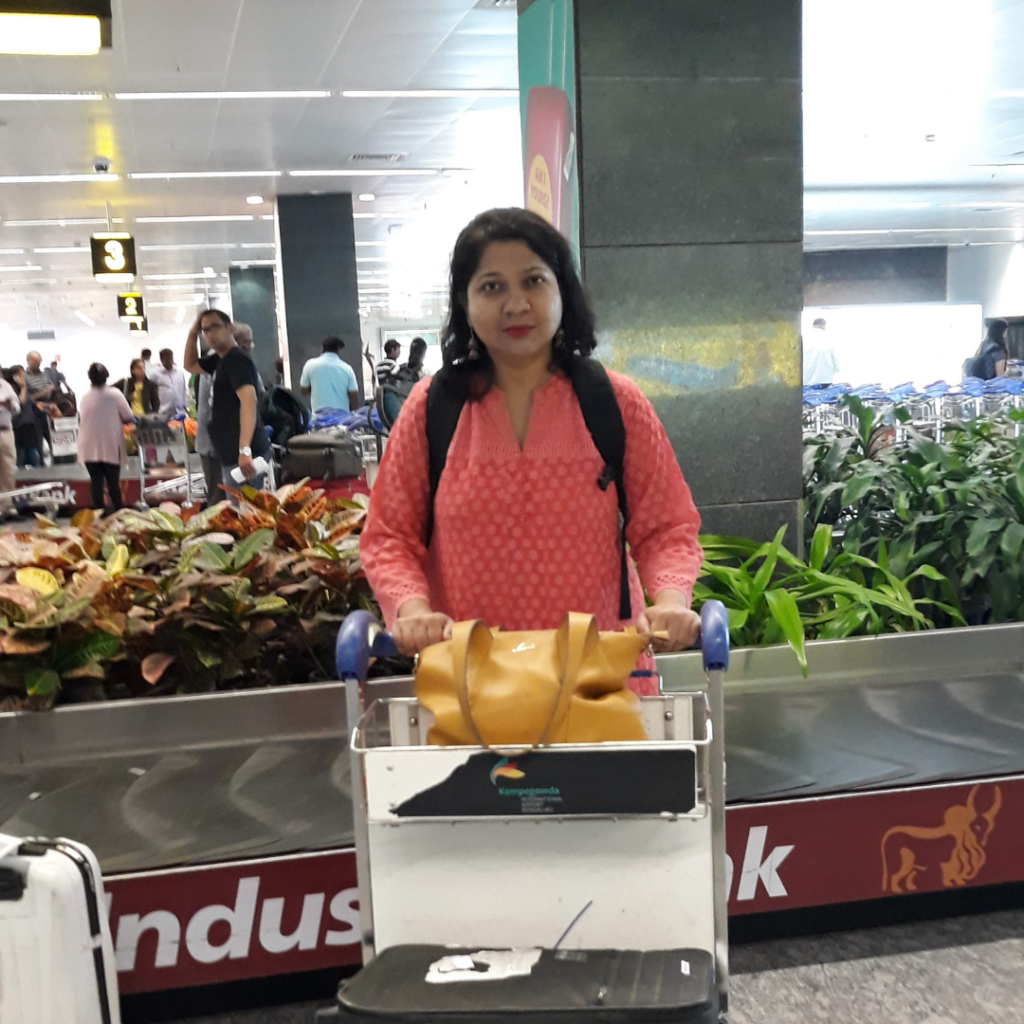 IN THE MIDST OF EVERYTHING, THE CHAOTIC AND THE NOT SO CHAOTIC, I DR LAVANYA SESHASAYEE AM A DEVOTEE AND A STAUNCH WORSHIPPER OF GOD. TO ME, GOD IS JESUS CHRIST – THE GREAT INFANT JESUS OF VIVEKNAGAR. TO A HINDU HE MAY BE KRISHNA OR SHIVA AND TO A MUSLIM HE MAY BE ALLAH. WE ACCOMMODATE ALL PEOPLE FROM ALL RELIGIONS AT THE GWRM. EVERY MAN, WOMAN AND CHILD IS A CHILD OF GOD CREATED TO BE LOVED AND TO LOVE!!!

WOMEN’S EMPOWERMENT PROGRAMS WHICH ARE

CAREGIVER-COUNSELING FOR CAREGIVERS OF THE PSYCHOSOCIALLY CHALLENGED INDIVIDUALS.

CONNECTION WITH PSYCHIATRISTS FOR PEOPLE WHO WANT TO AVAIL PSYCHIATRIC TREATMENT BY CHOICE. 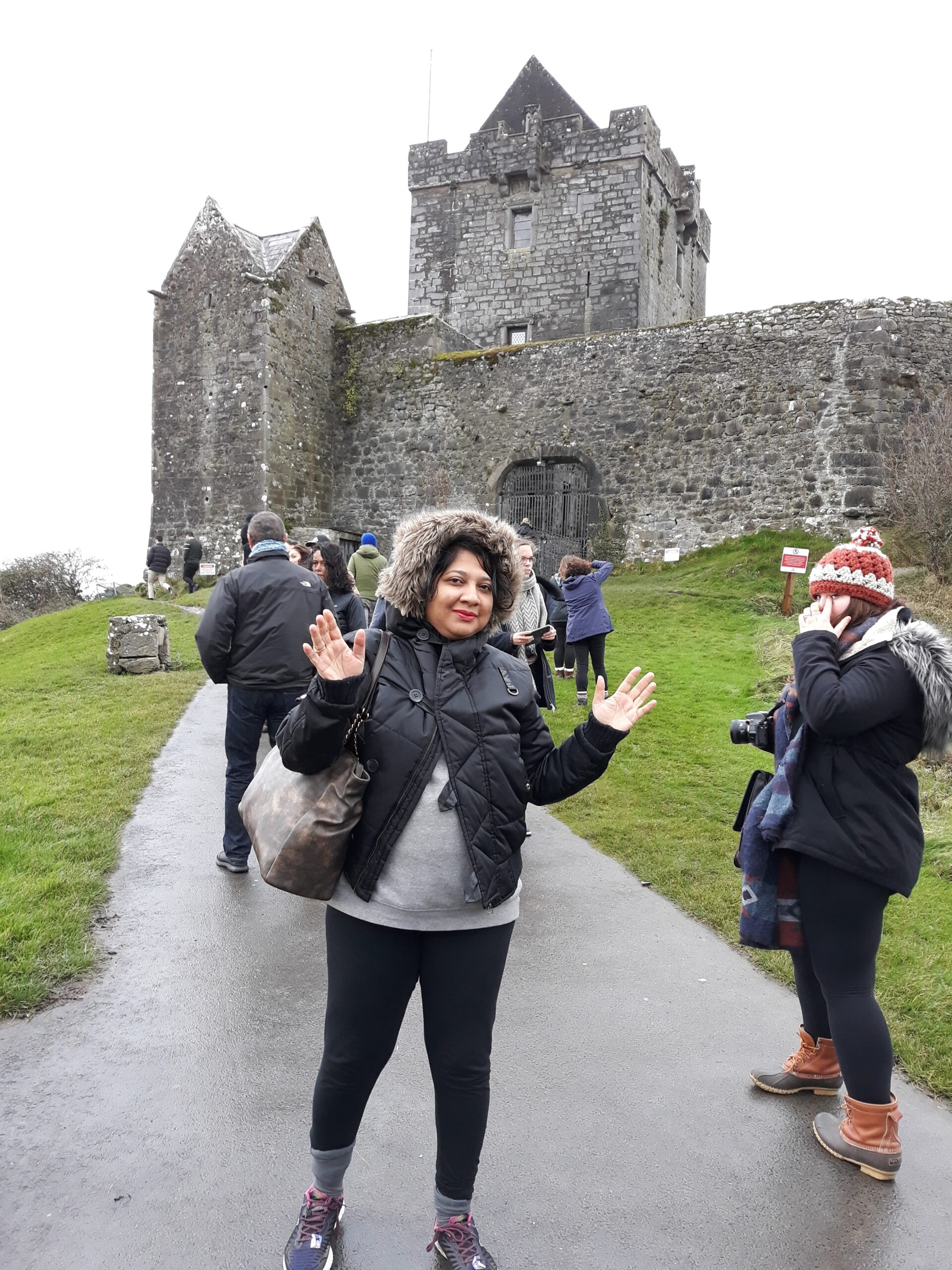 FOR INTERVIEWS AND TALKS PLEASE CONTACT ME AT lavanya.seshasayee@gmail.com

“We’re all DESTINED to bring about a transformation, so let’s not do things just out of compulsion or for the heck of it. Or just because you’re not really prepared to be branded as different. You and I can change the system one step at a time by holding hands – change how people behave and interact with one another – all it requires is passion and courage to change the world” – DR LAVANYA SESHASAYEE.

JOIN US IN MAKING A DIFFERENCE!